Rome is a rare blend of the ancient and modern hardly found anywhere else in Europe. The number of historical sights and world famous artifacts is just astonishing for a single city. If you haven’t visited Rome yet, you are missing a lot!

Consider spending 3-4 days in the city to explore the most important locations without a rush, plus another day for shopping and dining that is definitely worth it.

The Colosseum and the Vatican are definitely on top of the list, but Rome has so much more to offer. Here are the main attractions.

Built in AD 80, the Colosseum is known as one of the Seven Wonders of the modern world. This building has seen everything from theatrical performances and exhibitions to public executions, and remains Rome’s greatest tourist attraction till today.

Lines are usually very long, so it is recommended to purchase the tickets online, possibly in a combo with the Roman Forum for a better price. And if you are interested in the underground tour, you have to book it well in advance.

The Vatican is the smallest state in the world, but it does have a lot to offer. The Vatican museums are filled with masterpieces from Michelangelo, Rafael and others, as well as various ancient and modern artifacts. The museums’ highlight is definitely the Sistine Chapel whose walls and ceiling are covered with frescos by some of the most renowned artists.

Again, the lines may take up to several hours, but it is possible to purchase tickets online and skip the line. There is no fee for visiting St. Peter’s square and Basilica, and you shouldn’t worry about the line either. Nevertheless, these are one of the largest and most impressive squares and churches in the world. St. Peter’s square is surrounded by 284 columns and 140 statues of saints with a 25-meter high obelisk in the middle. You have the best view of the square from the basilica dome if you take an additional tour.

Inside St. Peter’s Basilica you will find Michelangelo’s Pieta sculpture, St. Peter’s bronze Baldachin by Bernini, and the statue of St. Peter on his throne. But the main attraction is the dome, painted by Michelangelo among others.

Built almost 2000 years ago, the Pantheon is the best-preserved ancient Roman monument. Its 43-meter dome is  a remarkable achievement of Roman architecture, as it has no visible supports; and the only source of light is the 9-meter opening in the ceiling.

Several Italian kings and the painter Rafael are buried in the Pantheon.

The Roman Forum was the center of the ancient Roman civilization. Along with the Colosseum, it is the evidence of the former greatness of the Roman Empire. Although only a small fraction was rescued during excavations, there are many recognizable temples, arches and columns to plunge two millennia back into antiquity. Look out for the Arch of Septimus Severus, Temple of Antoninus Pius, Basilica of Maxentius and Constantine, and the Curia.

It is better to head to the Forum first thing in the morning or to get tickets online, as this is one of the busiest tourist locations in Rome.

Trevi fountain is the largest and undoubtedly most beautiful fountain in Rome. Although it was completed in 1762, the fountain’s origins go back to 19 B.C. when it served as the end of the Aqua Virgo aqueduct. There is a famous myth that throwing a coin into the Trevi Fountain will guarantee your return to Rome.

The area is surrounded by fashion stores and restaurants, and is always very crowded.

The Palatine Hill is a charming place that combines a park and impressive ancient ruins. There is evidence of human settlement in this areas as early as 9 B.C., and during the middle ages several palaces including the emperor’s were built here.

The main attractions of the Palatine Hill are the Cryptoporticus, the House of Livia, Domus Flavia, and the Baths of Septimius Severus.

Located in the historic center of Rome, the Spanish Steps span from Piazza di Spagna to the church of Trinità dei Monti. At the foot of the Spanish Steps there is a famous Barcaccia fountain, created by Pietro Bernini in 1627. And if you happen to visit in July, you may witness the Donne Sotto le Stelle fashion show held on the 135 steps every year. Otherwise you can sit down and enjoy the view of the square and the fountain.

Designed in the Baroque-style during the fifteenth century, Piazza Navona is one of the most popular squares in Rome. Unsurprisingly, what made it famous were the three fountains: the Fountain of Neptune, Fountain of the Four Rivers and Fountain of the Moor, all sculptured by Giacomo della Porta and Bernini in the 16th and 17th centuries.

The surrounding area is filled with terrace cafes and street performers, and hosts an amazing Christmas market in December.

The history of Castel Sant’Angelo dates back to AD 135 when it served as the emperor’s mausoleum, which makes it one of the oldest preserved buildings in Italy. Throughout its existence the castle was used as a bastion, papal residence, fortress, and currently as a museum.

Inside you will find five floors with luxurious papal apartments, a weapon collection and prison cells. The way to Castel Sant’Angelo is through the beautiful bridge decorated with statues by Bernini.

Rome is a real paradise for foodies, fashionistas and collectors. Here you will find the best version of any item on your shopping list with guaranteed quality and taste. Considering that there are several sale seasons per year, you should definitely stop by the designer outlet, as well as the main shopping street Via del Corso.

Even though the world’s fashion capital is Milan, Rome is not too far behind. Every major designer has a store here, and the prices are far better than in most places, especially if you are lucky enough to catch a sale. You may consider booking your shopping trip for January, February or August. 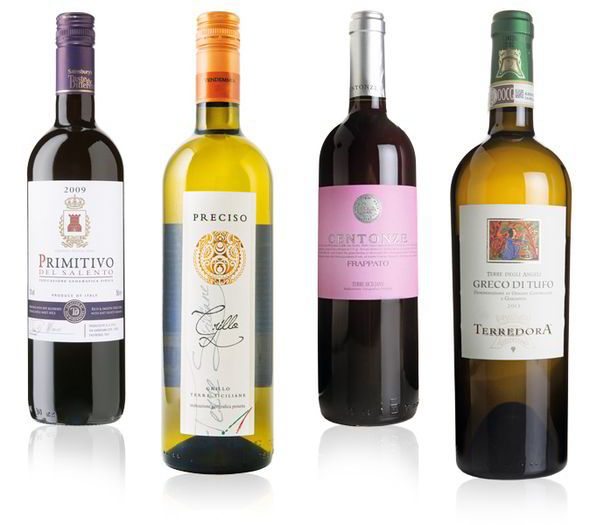 Italy is filled with famous wine regions, such as Castelli Romani, Tuscany or Sardinia; therefore you will find a great selection at every supermarket. But for finer options and professional advice you can always visit a wine store, such as Rimessa Roscioli or Buccone. And if you are interested in other spirits, try Limoncello liqeur.

Leather belts, wallets, handbags, gloves or notebooks make perfect gifts for anyone including yourself. And here you will find plenty of fine leather stores and street sellers in every price range depending on the brand. Some of the historic local brands are Campo Marzio and ATP Atelier.

Italy has a centuries-old tradition of hand-painted pottery. The selection is infinite and very colorful all around the country. One of the famous ceramic shops is L’Artigianato on Piazza Navona, where you will find most popular traditional and modern brands. 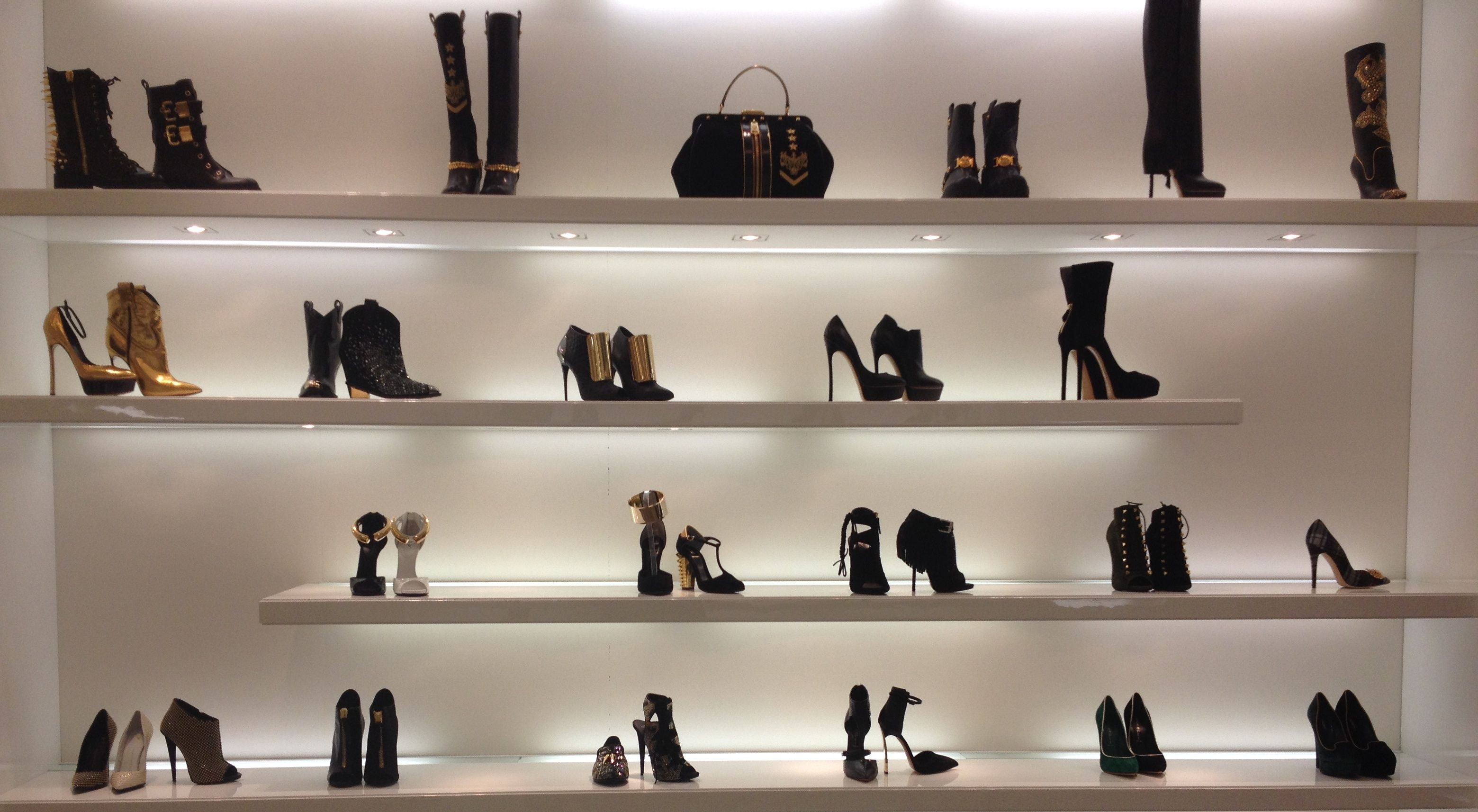 Just like with all leather products, Italy offers some of the best shoes in the world. Whether it is the label or the bargain you are after, quality will not disappoint. Most of the high end shoe boutiques are located around Piazza di Spagna, as well as every mall and outlet mall.

It’s no secret Italians love food, and even more so – gourmet food. The amount of options can be overwhelming, but some of the most popular products are artisan pasta, truffles and truffle-based products, cheese, olive,s and hand-made chocolate. You can find most of the items at Castroni supermarkets, or any smaller food store. 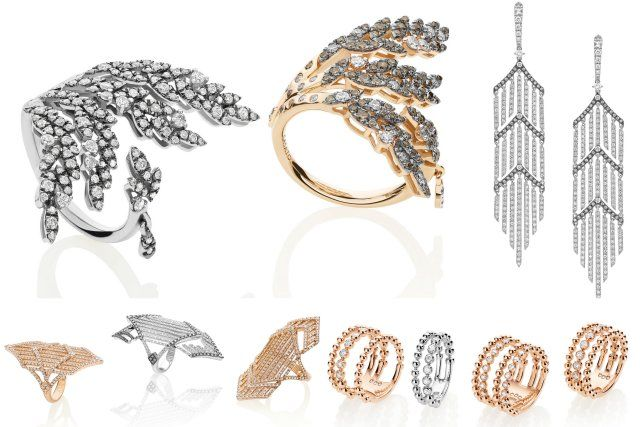 Italian jewelry craftsmanship dates back to ancient Rome. Here you may find very expensive high-end brands like Bvlgary, as well as smaller local brands, but equally beautiful. Most of the jewelry is made of gold and silver with precious stones or gems. Although jewelry is very individual, traditional Italian styles are particlarly colorful and oversized. 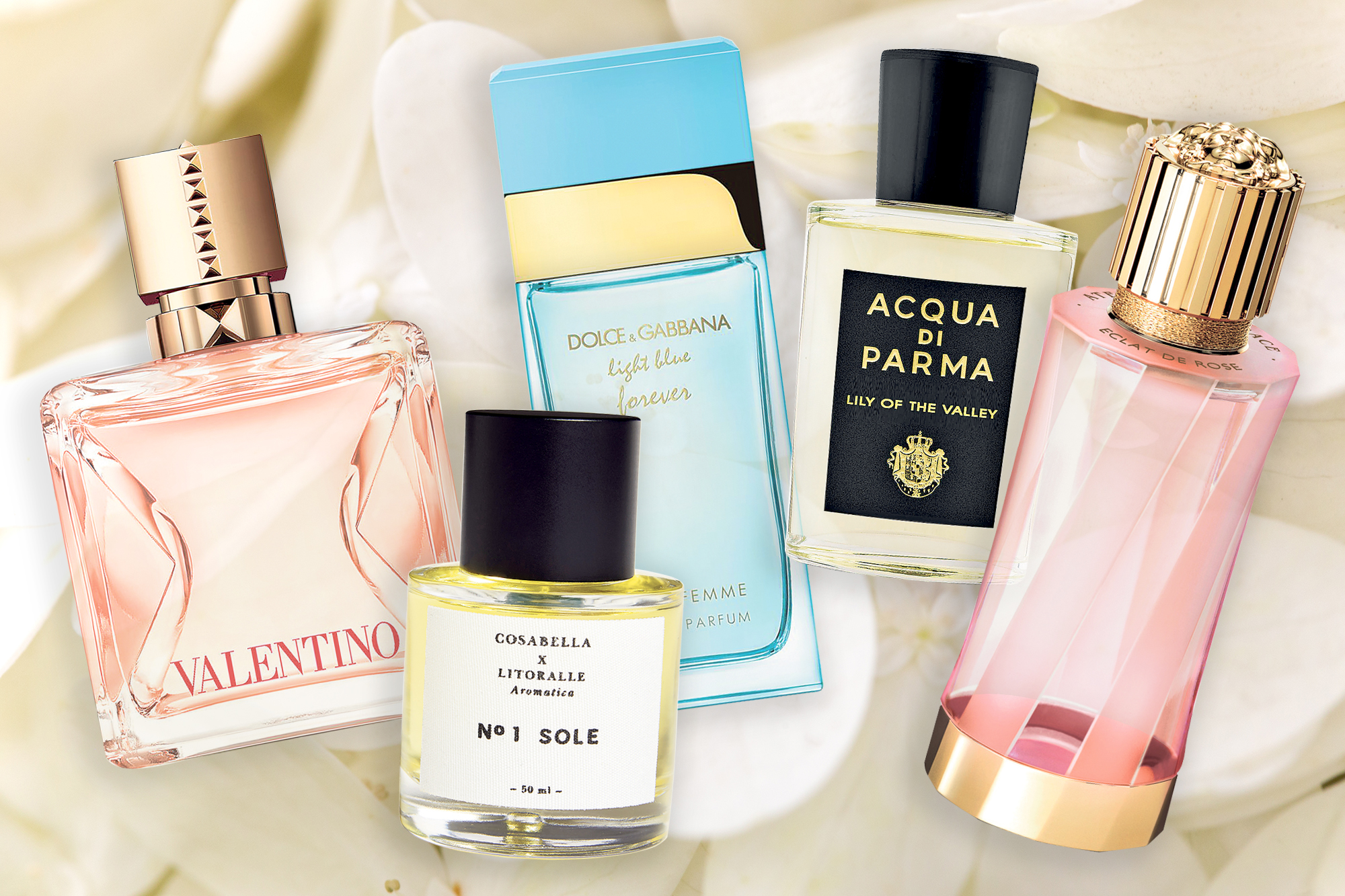 Nothing has the power to bring back memories like smell. This is why perfume is considered the most personal and sensual gift, which Italians know a thing or two about. Stop by a perfume store to pick a bottle, there you will also find body oils, lotions and scented candles. 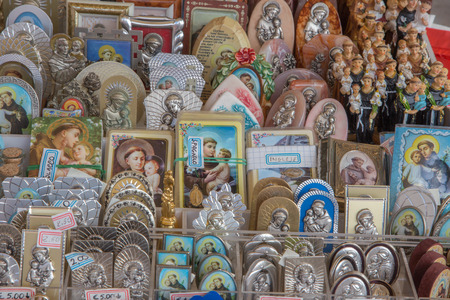 It’s not surprising that religious tourism is quite popular in Rome. Here you will find everything from postcards to pendants, Bibles, and statues. The majority of Catholic souvenir shops are located around St. Peter’s Square, but for more exclusive selection you can visit the shop at the Vatican Museums.

It is quite hard to find a bad restaurant in Italy, as Italians take food very seriously. But here are a few best-rated options according to visitors.

Located at Via della Pelliccia 29A, this medium-to-high price range restaurant serves exquisite local cuisine in generous portions. The atmosphere is amazing, and the service is at the highest level.

This is a budget friendly Italian and street food eatery, offering lunch, brunch, dinner and takeout. It is known as “the best sandwiches in Rome”, as well as great value for the price. Located at Via di Santa Maria in Via 19.

Quite a fancy restaurant and bar, offering local and Mediterranean cuisine at Via della Scala 1. If you are looking for a fine dining option, late night meal or drinks, Mimi e Coco Trast is the place.

Once you are in Italy, trying local pizza is a must! Pizza Zizza is a great affordable pizza and fast food restaurant on Via Delle Fornaci, serving lunch dinner and drinks. Also known as the “best arancini in Rome”.

Nannarella serves Italian and Mediterranean cuisine, located on Piazza di San Calisto. A bit pricey, but totally worth it. One of the most popular restaurants in Rome, you may have to wait to get in.

If you are in the mood for fine dining, Cipasso is a great option. It offers local, European and international cuisine, located on Via Metastasio 21. If you stop by, make sure to try their amazing dessert.